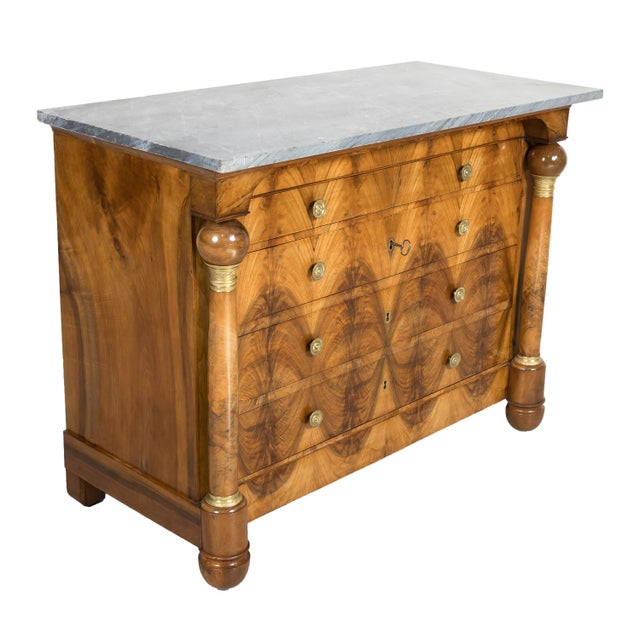 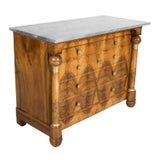 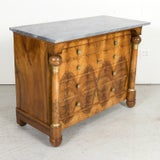 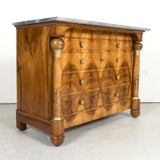 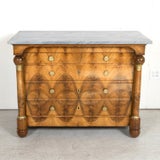 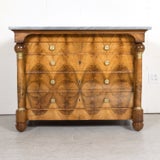 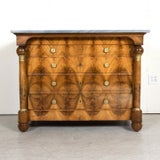 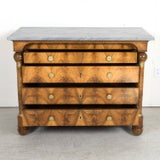 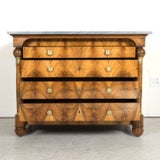 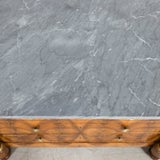 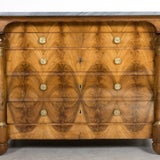 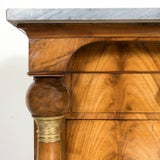 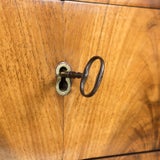 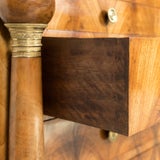 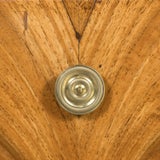 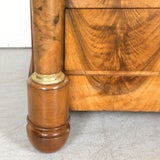 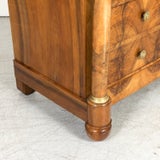 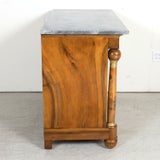 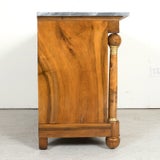 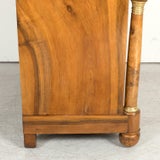 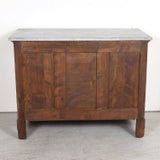 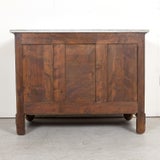 A 19th century French Empire period four-drawer commode handcrafted of walnut by skilled artisans near Lyon, circa 1805-1810, having the original gray fossil marble top resting above a simple carved architrave that projects out from the chest body and rests on the ball topped cylindrical columns with gilt bronze Doric capitals and bases that flank the recessed bank of four drawers featuring a flaming walnut bookmatched front. Each drawer is adorned with two round pulls and the three lower drawers feature a central escutcheon and single key. The rectangular shaped body stands on four feet, the back two straight and front two turned. The front two feet serve as plinths for the columns.

This exquisite antique French chest of drawers is a perfect example of the type of chest of drawers that became popular in the early 1800s when craftsmen, commissioned by Napoleon, were instructed to ignore the opulent styles of 18th century monarchs. Napoleon preferred furniture inspired by the decorative motifs and characteristics of Greco-Roman models. A French style intended to clearly express the imperial majesty of Napoleonic France, Empire furniture is neoclassic in style and characterized by a strong sense of balance and symmetry. Broad, flat surfaces with sharp corners are common, but curves are also used. The undeniable elegance and refinement of the lines, along with the extraordinary patina and warm color of the wood, make this French Empire chest a wonderful focal accent to any room. It's one of the best examples of its form that we have seen in some time.