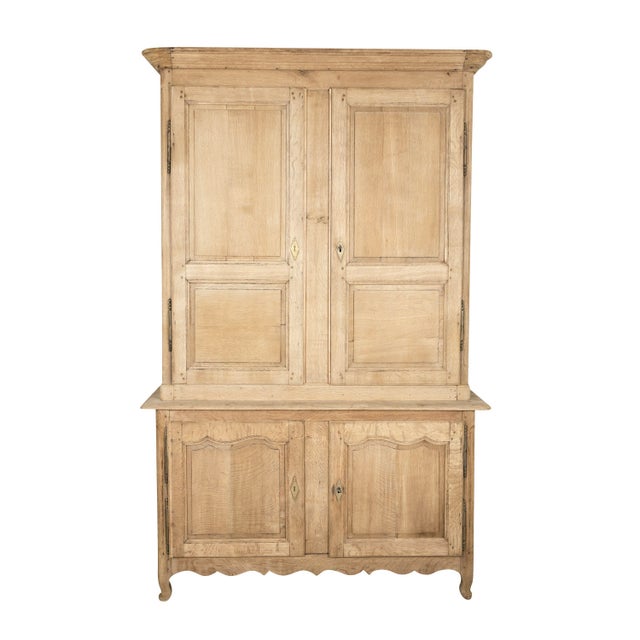 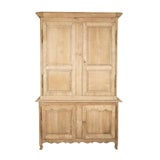 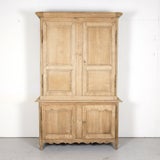 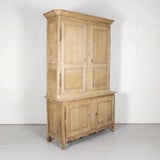 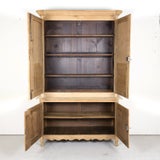 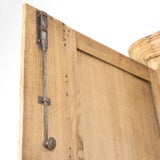 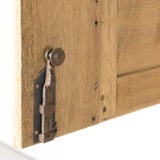 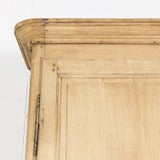 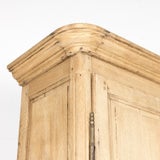 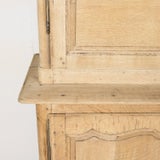 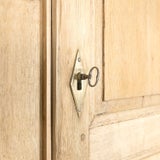 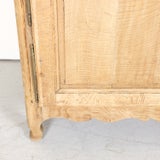 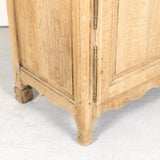 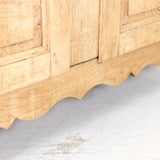 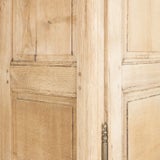 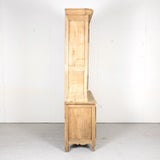 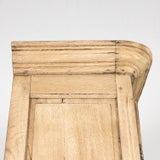 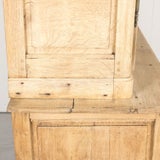 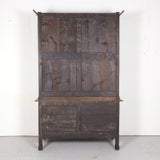 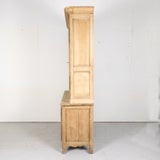 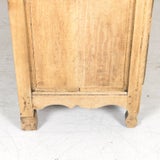 The carved panel doors, serpentine apron, and short, raised cabriole legs of the lower buffet feature timeless Louis XV inspired motifs, in contrast with the straight, rectangular lines of the upper cabinet panel doors and lozenge shape escutcheons, which are typical Louis XVI period motifs. The upper cabinet opens to reveal three shelves while the lower buffet has one shelf, all providing plenty of storage. This impressive French cabinet has stood the test of time and boasts a beautiful patina. A very versatile and functional piece that can be used in both traditional and contemporary interiors.