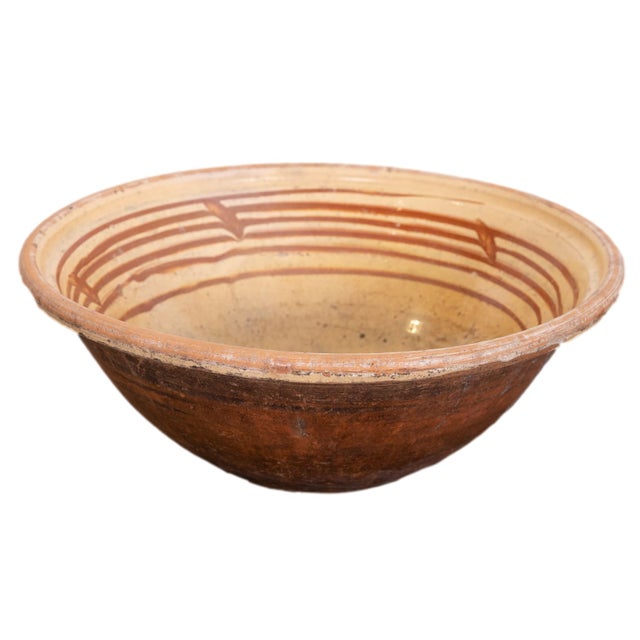 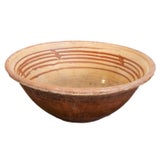 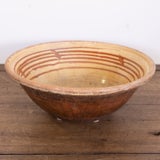 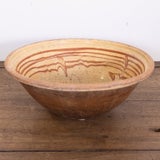 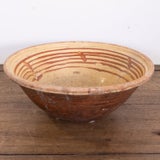 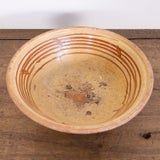 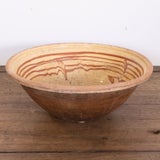 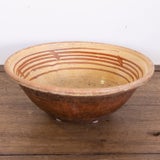 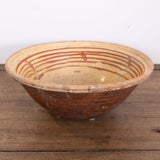 A late 19th century French pancheon or dough bowl having an unglazed reddish terracotta exterior with a light mustard yellow glaze and caramel splatters to the interior, circa 1890s. Pancheons were multipurpose French kitchen bowls used during the 17th, 18th, and 19th centuries. Used as mixing bowls, they were also used to proof bread dough, with the bread being baked in the same bowl after rising, as well as to "stand milk" as the cream was rising. Hand thrown, glazed on the inside and unglazed on the outside with a wide, flared shape and broad flat lip, these once common farmhouse bowls are simple and rustic in design and somewhat rare today, especially ones like this with splatters. Similar to tian bowls, these don't have a spout or handles. A lovely bowl perfect for use as a salad bowl, fruit bowl, or planter. Would also be great for chilling drinks.