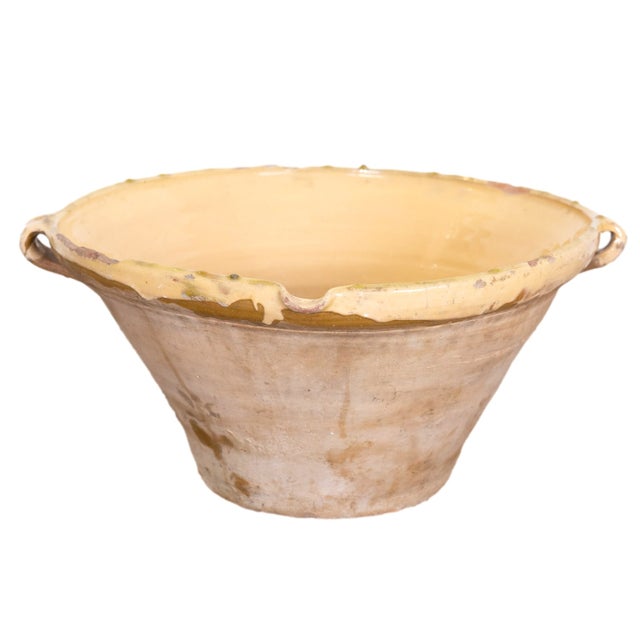 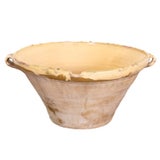 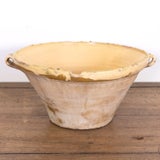 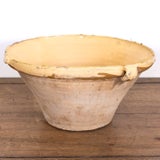 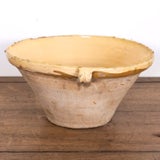 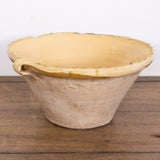 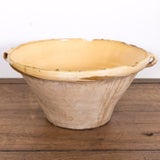 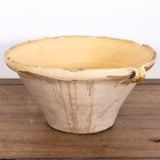 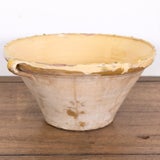 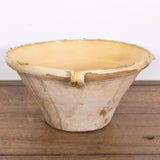 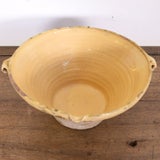 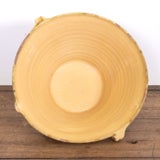 A 19th century French tian bowl complete with both handles and pouring spout having an unglazed pale terracotta exterior and a beautiful honey yellow glaze to the interior and lip, circa 1890s. Tian bowls, which are basically earthenware mixing bowls, were originally made in Narbonne, France near Spain, but can now be found all over Provence and other regions. Wide at the mouth and narrow at the base, they would traditionally be used in the preparation of popular French dishes such as cassoulet or confit du canard, but they also served a utilitarian purpose as the French used them to wash dishes in and as a vessel to collect milk for the making of cheese as well. Today, tian bowls are often used to display fruit, vegetables, or flowers. They also make a lovely vessel sink. We have a large selection of antique French tian bowls and French pottery. Contact us for more pictures or information.