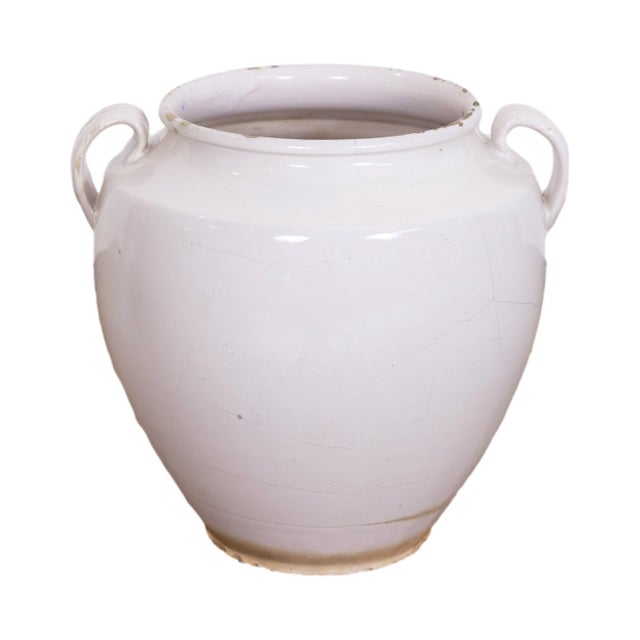 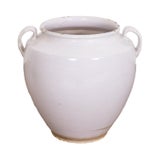 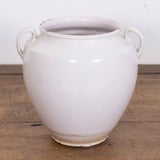 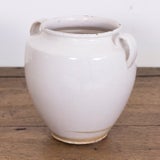 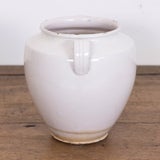 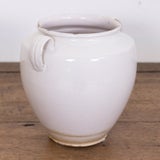 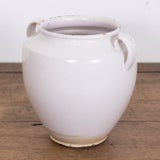 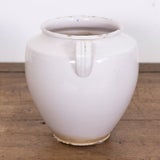 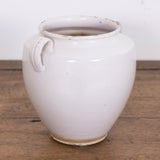 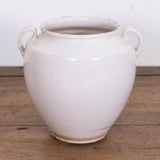 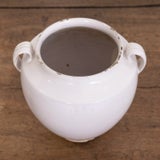 Antique French pot de confit or confit pot, circa 1890s, from Martres-Tolosone, a small village in southwest France renowned for the pottery manufacturers called Faïenceries de Martres-Tolosane. The pottery or earthenware factories of Martres-Tolosane were established during the 18th century on the banks of the Garonne River, where clay deposits suitable for making earthenware were found. During the 18th century, there were a dozen Martraise earthenware factories listed, but the French Revolution and competition from England, especially, caused production to slow, leaving only two factories remaining by 1790.

This utilitarian pot has a stunning white glaze and two handles, referred to as ears, and was originally used for preserving fruits or vegetables and to store eggs. Beautifully decorative, it will be a wonderful addition to any collection and add a touch of French Country charm wherever it's placed.