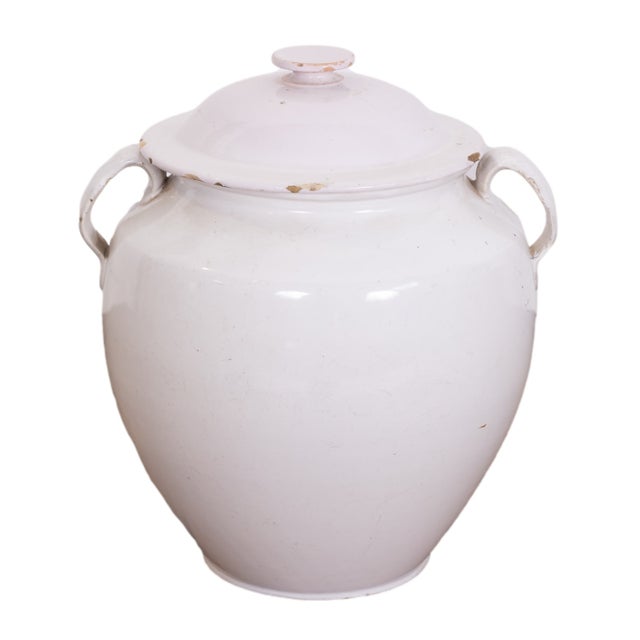 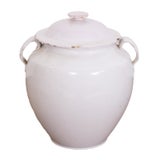 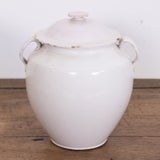 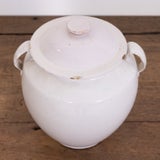 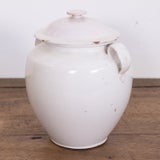 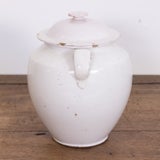 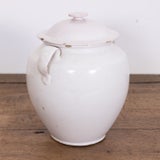 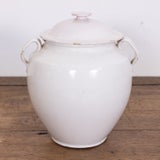 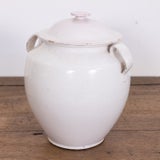 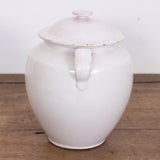 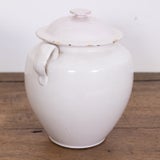 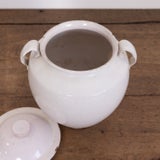 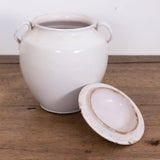 Rare 19th century French pot de confit or confit pot, circa 1890s, from Martres-Tolosone, a small village in southwest France renowned for the pottery manufacturers called Faïenceries de Martres-Tolosane. The pottery or earthenware factories of Martres-Tolosane were established during the 18th century on the banks of the Garonne River, where clay deposits suitable for making earthenware were found. During the 18th century, there were a dozen Martraise earthenware factories listed, but the French Revolution and competition from England, especially, caused production to slow, leaving only two factories remaining by 1790.

Originally used for preserving fruits or vegetables and to store eggs, this utilitarian egg pot has a stunning white glaze, two handles, referred to as ears, and comes complete with lid, making it all the more collectible. Beautifully decorative, it will be a wonderful addition to any collection and add a touch of French Country charm wherever it is placed.