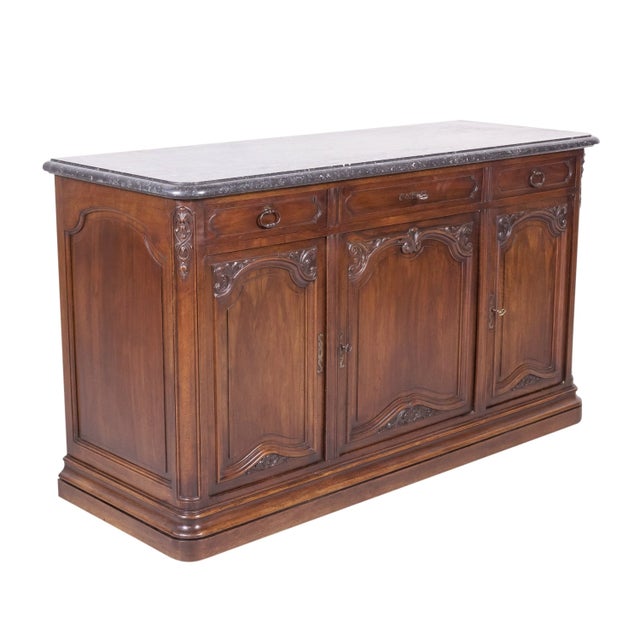 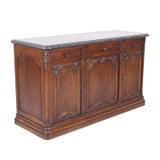 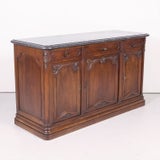 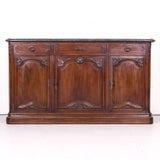 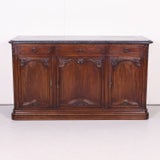 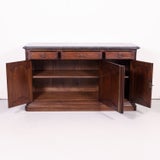 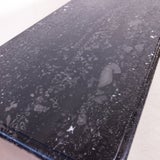 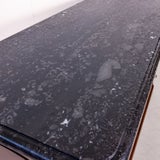 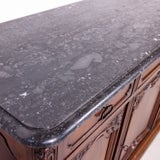 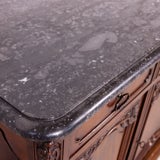 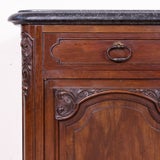 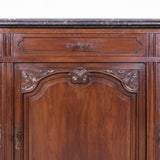 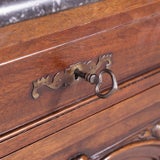 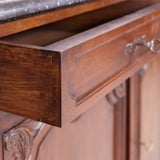 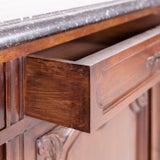 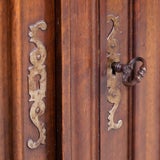 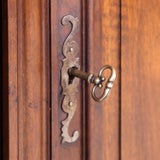 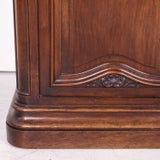 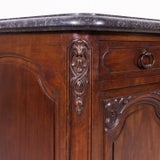 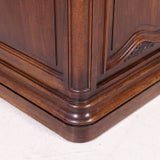 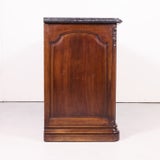 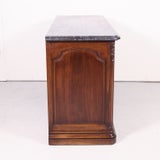 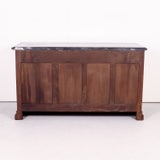 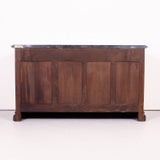 An 18th century French Louis XV period Lyonnais buffet de chasse or hunting buffet handcrafted of solid walnut by talented artisans near Lyon, circa 1750s. This exceptional buffet, which was used to prepare game, is from a hunting lodge in the French Alps located in the Auvergne-Rhône-Alpes region of Southeastern France. It features the original thick, dark black fossil marble top known as Saint Cyr stone that allowed the game to be cut directly on the board. The Saint Cyr marble top comes from the quarries of the Monts d'Or located near Lyon. Its color and shell inclusions are characteristic of this stone used for the most beautiful Lyonnais hunting buffets from the 18th century. Below the marble top are three carved and moulded drawers above three doors having beautifully carved foliage and moulded frames that open to reveal a single shelf with an abundance of storage. Side panels with stylized chapel motifs. All resting on a moulded plinth base.

Various forms of the hunt were often depicted in French furniture, tapestries and paintings over the centuries. The hunt was considered to be a pastime of Royalty and the privileged class. Buffets de chasse were originally made for French hunting lodges or chateaus and were used to present game after the hunt. They were generally found in the large halls, galleries and dining rooms of hunters.