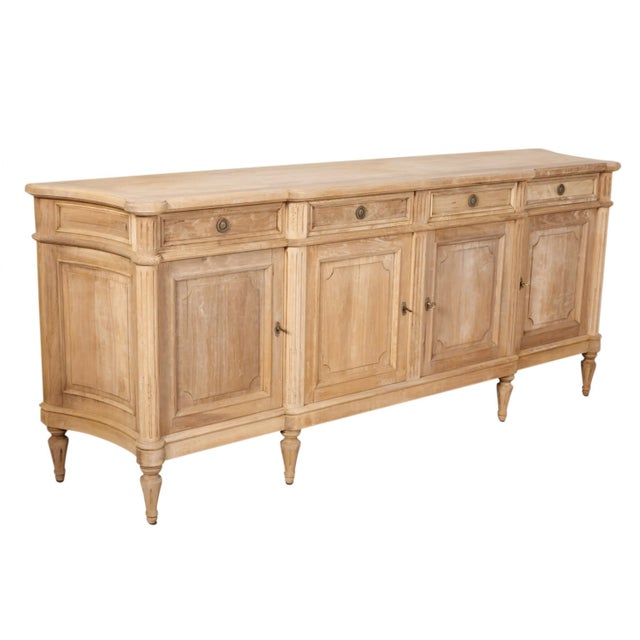 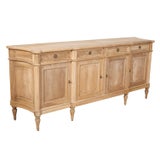 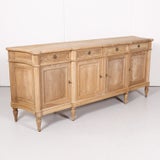 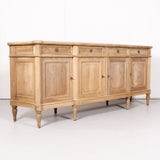 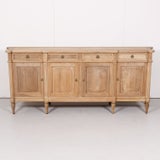 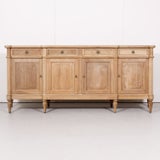 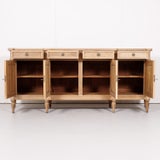 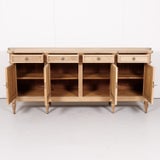 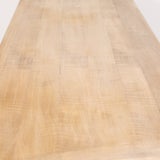 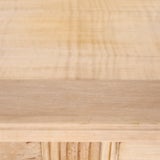 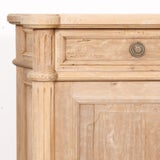 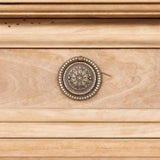 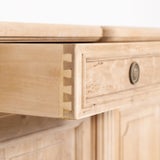 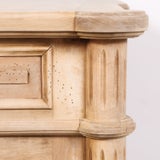 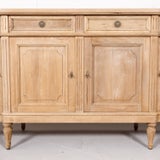 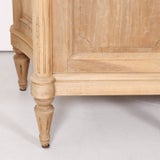 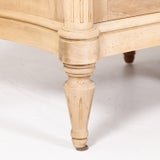 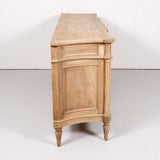 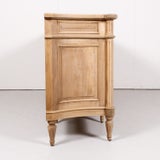 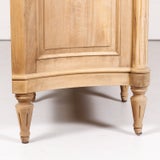 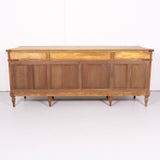 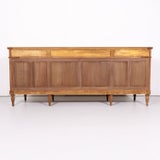 Antique French Louis XVI style enfilade buffet handcrafted in the Île de France region of old growth French oak having a bleached finish, circa 1920s. The curved, shaped top sits above two center drawers, flanked by slightly stepped-back drawers on each side. Below are two recessed panel center doors flanked by a single stepped-back door decorated in the same manner and separated by a fluted column. The doors open to reveal a single interior shelf. Each side of the buffet displays a sleek, decorative inverted curved shape. Raised on eight slender tapered toupie shaped feet below the straight apron. Original hardware throughout. A handsome addition to any dining room with good storage and a terrific serving space on top.

The French word "enfilade" in architecture refers to a series of salons or rooms, formally aligned with one another, that provide a sweeping view through the entire suite of rooms, where one walked "on file" or "en filade." The enfilade served to organize space and vision and is a common feature found in many of France's grand palaces from the Baroque period. The term later became associated with large scale buffets that had more than two cabinet doors. When open, all of the doors reveal interior storage bisected by a shelf that effectively doubles the amount of usable space.

White glove shipping or special packaging and handling is required for this item. Call us at 205-323-6033 or email us at info@lolofrenchantiques.com to request a quote. We are happy to help assist you with shipping arrangements once you're ready to make a purchase.​