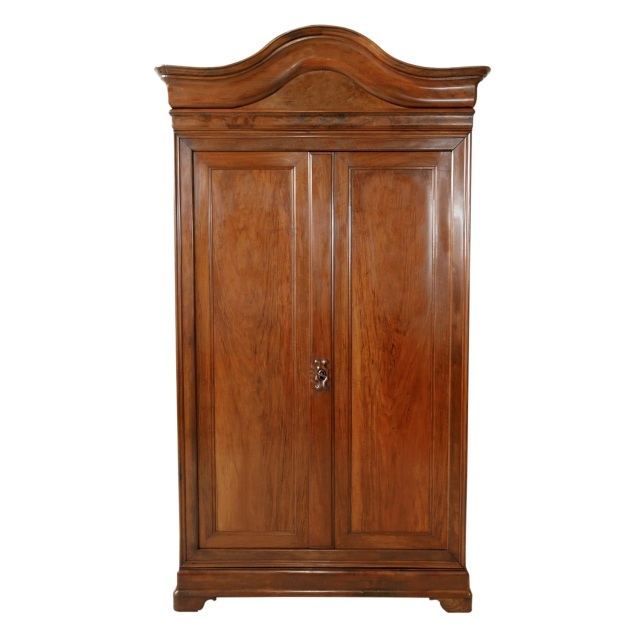 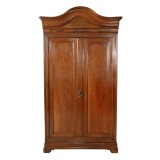 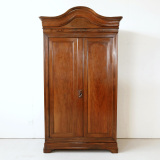 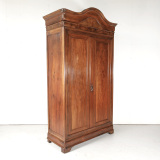 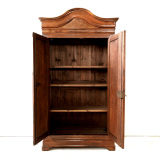 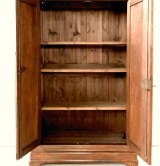 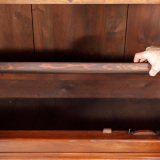 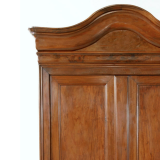 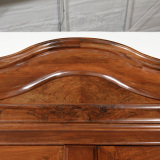 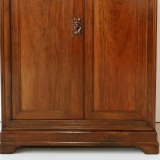 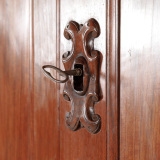 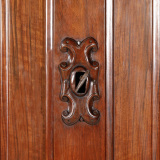 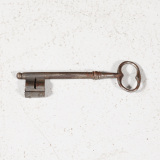 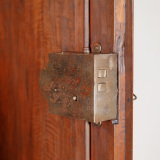 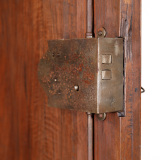 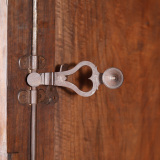 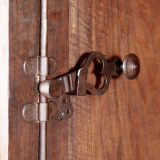 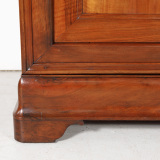 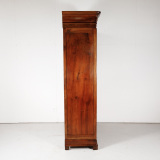 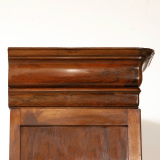 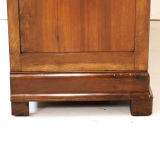 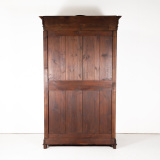 SKU: LO3103
$12,200.00
$12,200.00
Unavailable
per item
Monumental French Louis Philippe period armoire handcrafted of solid walnut by skilled artisans in the Lyon region, renown for its superior production of armoires, having a chapeau de gendarme crown atop a pair of paneled doors with a large, carved wood escutcheon and original iron hardware and lock that open to reveal a spacious interior with three thick and sturdy shelves. Raised on a plinth base with pistolet feet. This impressive Lyonnaise armoire with its warm, rich patina, would have been prominently featured in a fine chateau. Because armoires were a very important part of the French household, little expense was spared in outfitting them with the finest hardware. Elaborate escutcheons, long ornate hinges, and even the keys were an integral part of the overall design of the armoire. Often, the hinges, lock, and key cost more to produce than the armoire itself. Massive walnut armoires such as this were generally reserved for the very wealthiest families. As styles changed, the armoire evolved into a smaller, more reserved cupboard, making these massive creations all the more important.